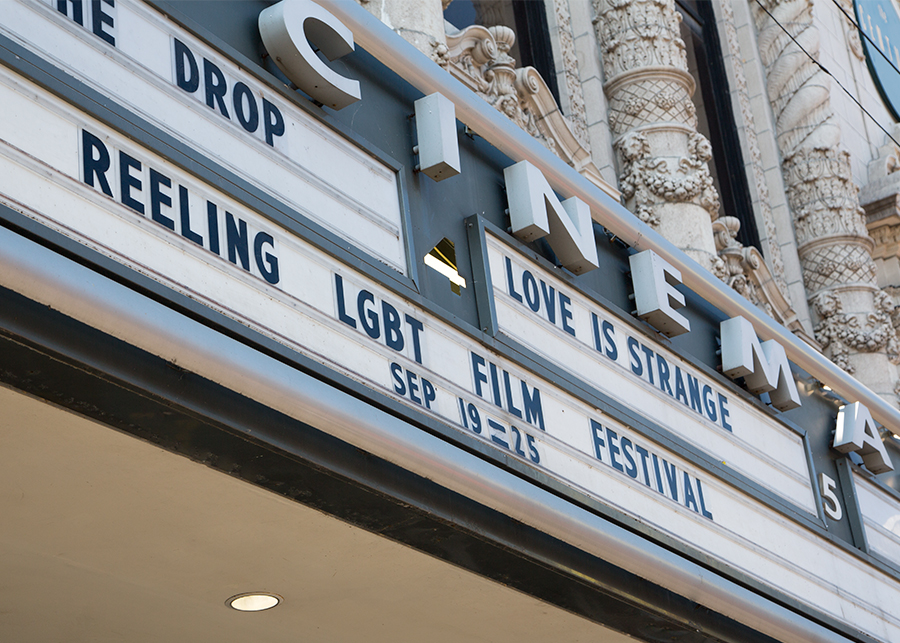 1. Safe Word will be playing in Love Is A Monster: Gay Comedy Shorts program in Reeling: the Chicago LGBT Film Festival on Saturday, September 20.
2. It’s playing in a Landmark Theater. I love Landmark. I’ve seen countless indie, foreign, and art films in their fat cushy seats while drinking beer smuggled in from the corner store.
3. I’m a former employee of Chicago Filmmakers, the organization that runs Reeling. I have no relationship to the programmer, but I commend her very bad taste in programming  the film.
4. At Chicago Filmmakers I earned some indie cred by showing mostly art house docs and genres off the beaten path to very small audiences. Hopefully the audience on Sept. 20 won’t be as small, but if so, it would be sweet justice for CF.
5. Unlike the films I programmed, there is nothing artistic or redeeming in my film whatsoever.
6. Playing my film at Reeling in a Landmark chain feels like it’s all coming together. Or coming apart. Or full circle. Whatever! I can’t wait for the Q&A.
7. Maybe Landmark is hiring.